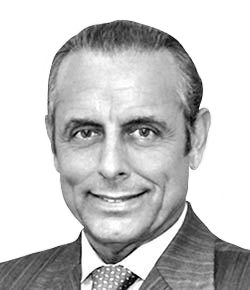 Shah Gilani is considered one of the world’s foremost experts on the credit crisis.

He not only called for the implosion of the U.S. financial markets, he also predicted the historic rebound that began in March 2009. Shah’s open letters to the White House, Congress, and U.S. Treasury secretaries outlined detailed policy options that have been lauded by academics and legislators alike.

His experience and knowledge uniquely distinguish Shah as a “trader’s trader.” Shah ran his first hedge fund in 1982 from his seat on the floor of the Chicago Board of Options Exchange. When the OEX (options on the Standard & Poor’s 100) began trading on March 11, 1983, Shah was working in the pit as a market maker. And along with other traders, he popularized what later became known as the VIX (volatility index). He left Chicago to run the futures and options division of the British banking giant Lloyd’s TSB.

Shah went on to originate and run a packaged fixed-income trading desk for Roosevelt & Cross Inc., an old-line New York boutique bond firm, and established that company’s listed and OTC trading desks. Shah started another hedge fund in 1999, which he ran until 2003, when he retired to develop land holdings with partners.

Today Shah is the editor of Money Map Report, The 10X Trader and Straight Line Profits. He also writes our most talked-about publication, an e-letter called Total Wealth, where he reveals how Wall Street’s high-stakes game is really played, and how to win it.

Shah studied economics and psychology at the University of California, Los Angeles.

Most Recent Posts by Shah Gilani